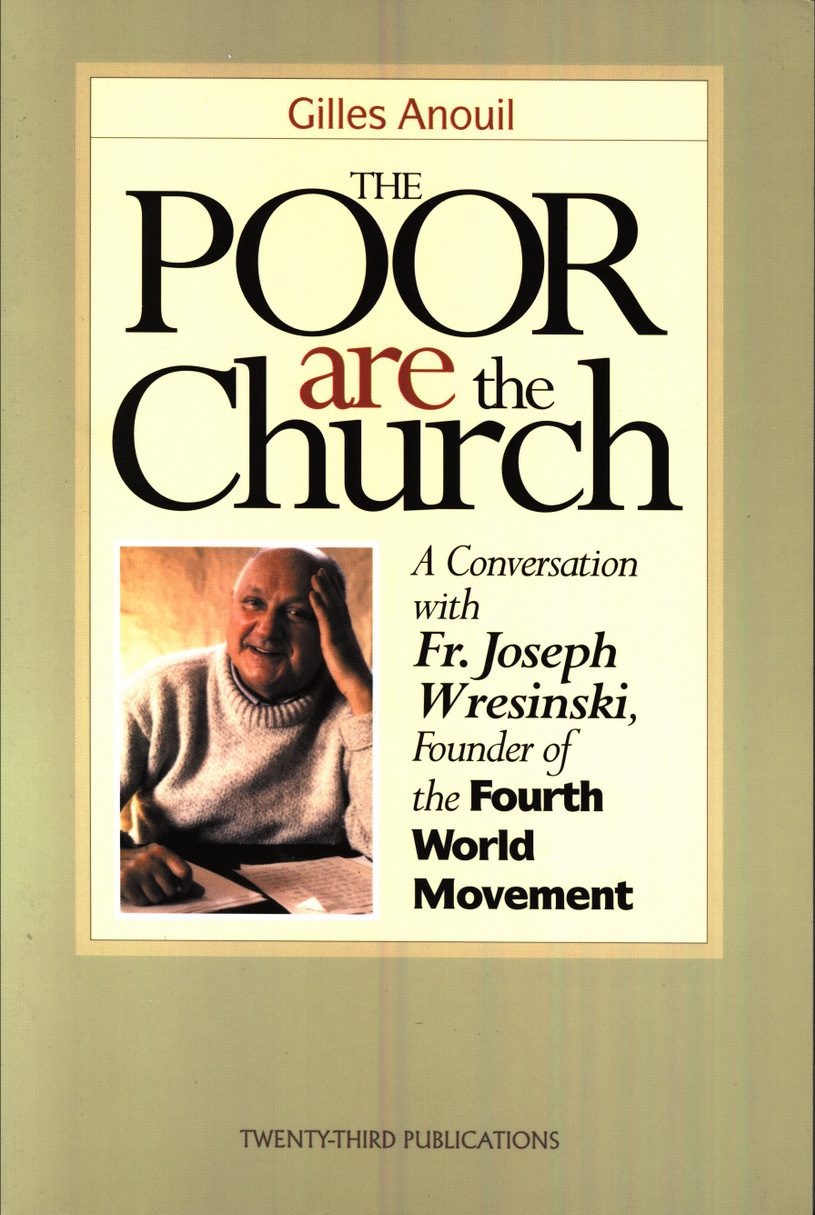 A serious, solid, and insightful resource for pastors, social workers, persons involved in peace and justice movements, and anyone concerned about the problem of poverty in our society.

A Conversation with Father Joseph Wresinski, Founder of the Fourth World Movement

In The poor are the Church , Father Joseph Wresinski relates what he and the members of the Fourth World Movement have learned from the poor, as well as his hopes and fears for the poor and for the Church.

He traces the development of the Fourth World Movement, and reflects on what it means to give priority to the poorest among us.

He calls us all to see poverty in a profoundly different way, not just as destitution or oppression but as social isolation, an isolation created by all of us to the degree that we live apart from the poor. Yet his voice is not that of a doomsday prophet. He believes firmly in the basic goodness of people, and holds out hope for the future.