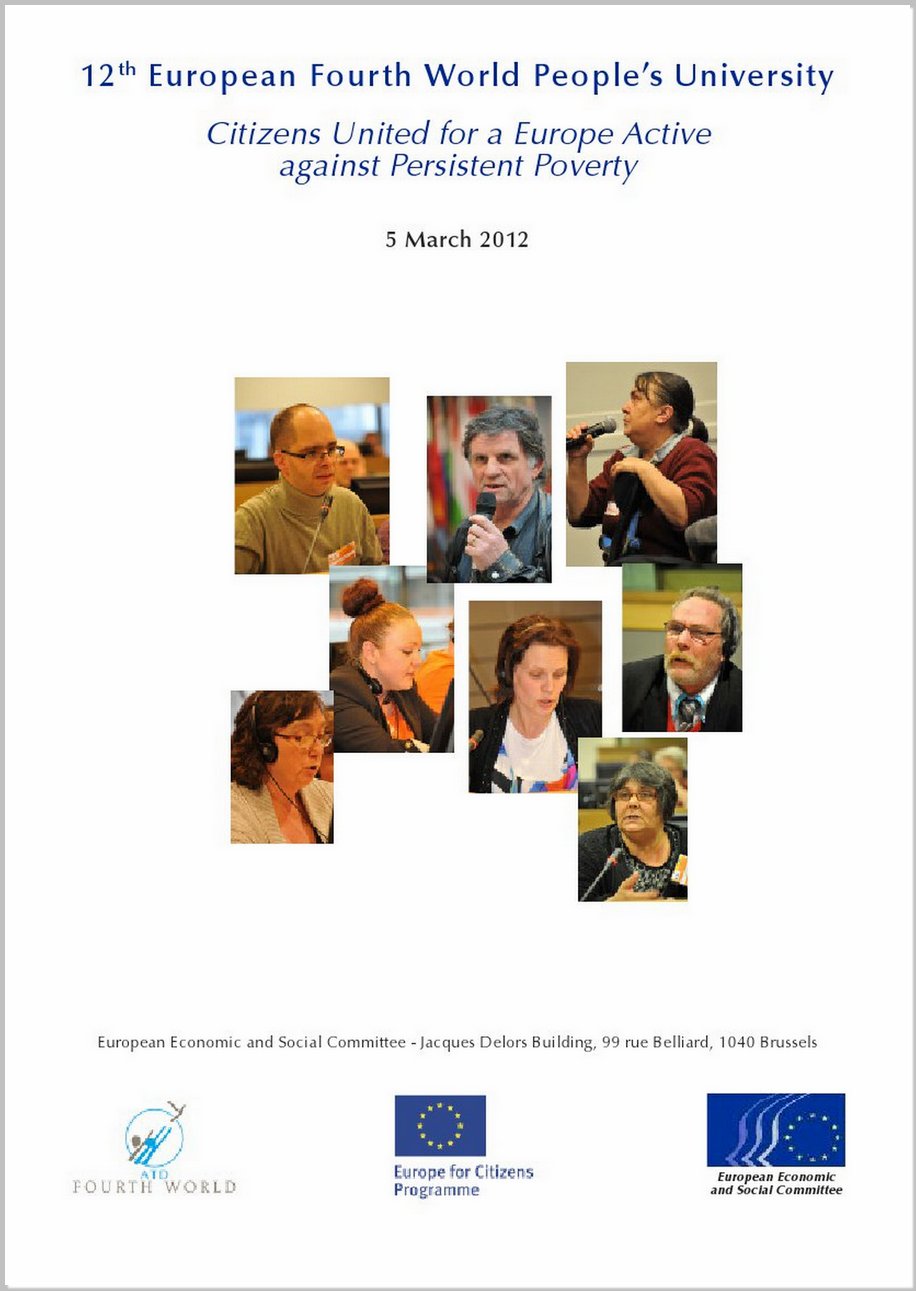 In choosing the theme for this European Fourth World People’s University, ATD Fourth World was seeking to position itself among the values of the European Union which are dignity, liberty, equality, solidarity and respect for human rights.

Citizens United for a Europe Active against Persistent Poverty

In the context of a major economic and financial crisis, the poorest people are increasingly being ignored, stigmatised and harassed by the authorities in Europe.

Europe will not be built as a Europe of human rights, of democracy and of peace, if the poorest citizens are not a part of the process.

On 5 March 2012, 120 representatives from 10 countries demonstrated their mobilisation for human dignity and the rights of citizens. They dialogued with European leaders.

The three themes of the day are the result of this preparation :
– living together with our differences in our neighbourhoods, or towns, our countries, in Europe;
– access to fundamental rights for all;
– participation in public life and representation of the underprivileged.

These proceedings are also available in French, Dutch, German, Spanish, Italian and Polish.