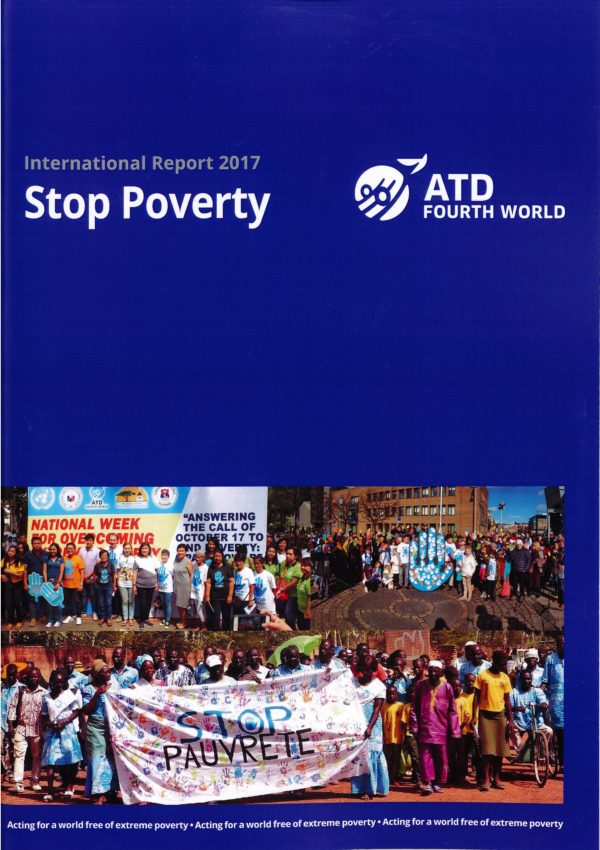 Wanting to build a better world – a world that banishes suffering and the violence of extreme poverty – requires all of us, politicians, NGOs, ordinary citizens, to join with people living in extreme poverty.

«Extreme poverty is violence. It humbles, locks in silence and destroys lives, but it is not inevitable. Those who suffer from it are choosing to resist. Our world needs their intelligence to meet the challenges it faces. We reject the misery and human waste that extreme poverty represents, as we reject slavery and apartheid. All over the world, excluded people are being heard and they are taking action. Others are joining with them to build together a world of peace that leaves no one behind.»

We want to acknowledge, in the first instance, the enthusiastic participation of those thousands of families in extreme poverty who contributed to the successful mobilization around the campaign in more than 30 countries, convinced as they were that they should speak publicly and that they have an original and indispensable contribution to make to the creation of a more just and equitable world to which they all aspire. […]

This book is available in French