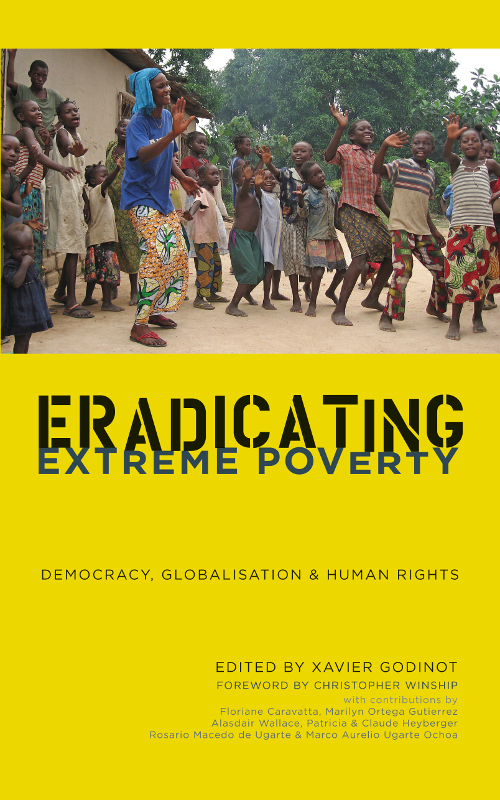 After decades of failed development policies, this book outlines a radical new approach that will enliven debate amongst policy-makers, researchers, students and academics.

Xavier Godinot and his colleagues start from the experiences, capabilities and strategies of those living in extreme poverty themselves.

They argue that the first step is a close connection with communities mired in poverty, followed by a commitment to take action alongside thos communities. Life stories from Burkina Faso, France, Peru and the Philippines are used to show that people trapped in chronic poverty must be involved in their own liberation.

“ATD Fourth World’s core belief is that extreme poverty can and must be eradicated. This requires a change of attitude towards the poor, too often implicitly considered to be, at least in part, responsible for their plight. Building on the organisation’s experience, this book offers a path to move forward towards the eradication of extreme poverty and makes a compelling case for why we have no choice but to try.”  Esther Duflo.

Xavier Godinot works at the headquarters of the International Movement ATD Fourth World.

This book is an English translation of the first published in French 2008 by Presses Universitaires de France, with the title : Éradiquer la misère.